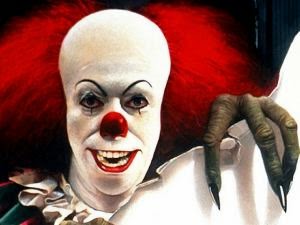 When I was young there was a special television event that I thought was so special, it marked that I was getting older because my mom said I could watch it, which also meant staying up later. When Stephen King's IT premiered, not that I remember the specific date, but thanks to the wonders of the internet, I now know was on November 19th, 1990. Looking back when watching the opening sequence of the clown It, the hanging white bed sheets, and what came next -- to this day sends chills down my spine. In my early twenties I jested with my friends how this contributed to my coulrophobia (fear of clowns). But, through the years I had heard that the book was actually better and scarier than the television series. This intrigued me, I just had to read the 1138 paged monster. The book was published in 1986 and reportedly took King several years to write and complete. It was the best-selling book in the US as reported by Publishers Weekly, and won the British Fantasy Award the following year (Wiki, "It"). Besides the television adaptation back in 1990, it was recently reported that a new adaptation is in development for a two-part movie (IMDb, It). At least now, having read the book, I can understand how people have criticized both the actual novel and the television version. I can understand at the time many of the taboo issues in the book could not be presented, the movie is sure to exploit, and I'm not sure (even in today's society) that all of the issues will be addressed. I commented during the time it took me to read through the beast, that it felt like King took any and all taboos and just smashed them together, and it almost feels like it is included not to really address the issues, but more at a shock value, especially for the time in which it was published. 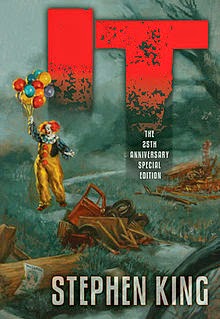 Stephen King began writing It in the fall of 1981 and finished during the winter of 1985. The novel follows several characters through their different experiences and traumas all revolving around a plagued town of Derry, Maine. At times it is difficult to follow the timeline within the story because you are going from present time with different characters and also you follow different characters through their childhood memories. That was difficult enough, however what I found more profoundly troublesome was reading about different prejudices, and abuse. I nearly put the book down when The Loser's Club, toward the end, had to "reconnect" -- that was just disturbing and not the least bit creative. There was definitely more about the novel that I didn't like than what I actually did like. For the first half of the novel I had a hard time pushing myself to read, I kept telling myself that it has to get better. Then once I broke past that half way mark the ball started rolling and it picked up the pace. So basically, the children all were terrorized by Pennywise "the clown", which in fact materializes as different things depending on It's subject and what they fear the most. For one it might be a clown, for another it could be a mummy, a bird, and for poor Eddie it appeared as the horrid leper -- that part was terrifying. Meanwhile, while they are being terrorized by Pennywise, they are also being bullied by other individuals. All of this generates a bond between several children who form The Loser's Club. They not only defend themselves against their abusive and threatening psychotic bullies, they also decide to take on Pennywise themselves. After they come face to face with the ancient being and try to defeat It, once they escape they make a blood pact to return if It resurfaces. 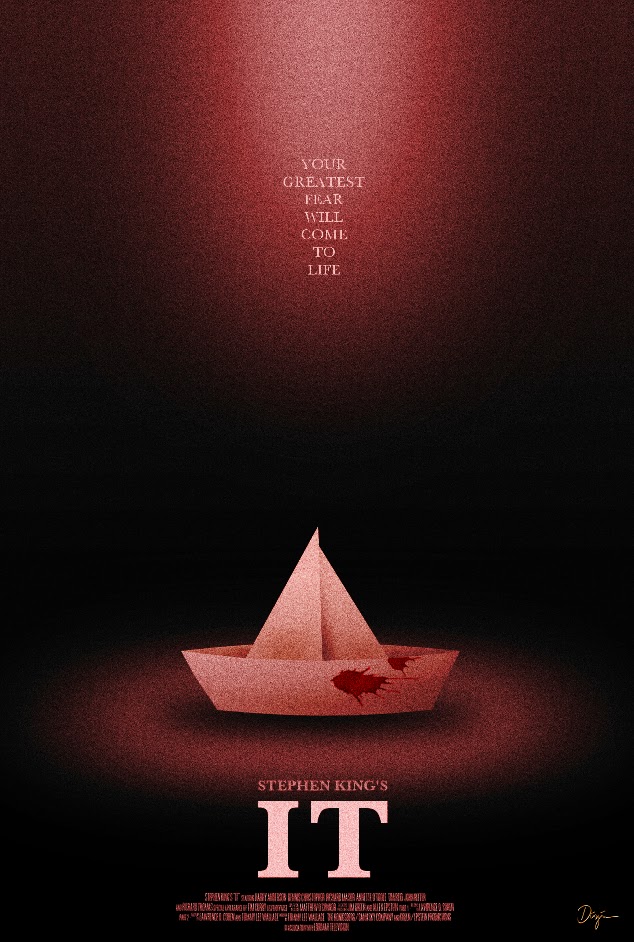 Twenty some years later, they are called as functioning adults; they are called back to Derry, Maine to finish what they started. Through out the book it goes back and forth between when the characters are adults and then the character remembering their childhood. I did enjoy reading about the simplicity of The Loser's Club. How these great kids came together and formed their friendships. I also loved the horror elements, some were done quite well, and other's seemed to dive more within the realm of traumatic experiences. Granted, those experiences are quite horrific, but also quite disturbing. Eddie's experience under the hose was horrific to me. Also, all the puzzle pieces where the kids are seeing different things and the tie-in, the little crumb trails that tell us that all these occurrences are Pennywise. The battles were great, I enjoyed reading how the kids escaped their encounters, and when they go to the vacant house and battle the werewolf; that was enjoyable reading. There was plenty of creepy moments and there were times when I was reading and I would have to look over my shoulder. But, overall this isn't a book I would necessarily recommend. I definitely wanted to read It too because of the movie adaptation. I am one of those people who like to read the book (usually before the movie) so that I can compare the differences and so forth. And even as a self-published author, I can appreciate that the novel itself isn't perfect. There were a few words that were missing a letter and those simple mistakes make it more humanized. The great and powerful Stephen King isn't Oz behind the curtain, he is in fact a man -- or at least the editor is a human being. I'd love to see a Tell Tale adaptation, I think that could be an interesting aspect! Make sure to leave a comment: what are your thoughts, have you read the novel, did you see the television series, are you looking forward to the new movie? 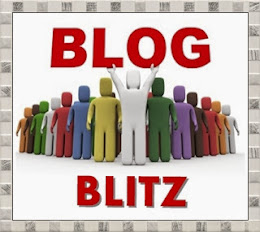